Lately I seem to be reading the delicious kind of books I can’t resist reviewing here. This morning I finished reading Maria In The Moon by Louise Beech & the review has pretty much written itself. 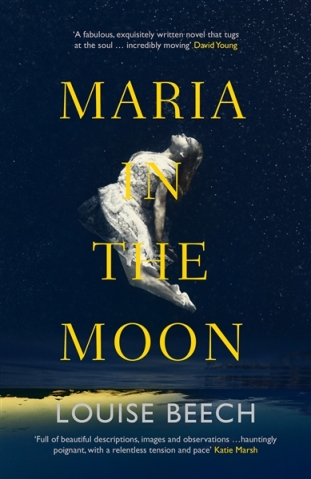 Catherine-Maria Hope is a woman with many faces. A face reflected in a cracked mirror creating a myriad versions: Catherine, Katrina, Pure Mary, Catherine-Maria: a woman on the edge, in a ripped red dress, circling her past (& the locked up memory of her ninth year) like an inebriated woman on a dodgy night out. Catherine has been on a few of those. Her memory is pretty good for such occasions & she has the art of self-sabotage honed to within an inch of its life. It is only the year she was nine she can’t remember.

From the beginning, this new book from the immaculate Louise Beech (How To Be Brave, The Mountain In My Shoe) has a far darker edge. The air of expectancy is freighted with an undercurrent of something unpleasant & deeply disturbing. Catherine’s voice is fierce & weighted with words she can only half recall. (‘It’s not love unless it hurts…’)

While her house is being renovated following the devastating floods in Hull of 2007, Catherine, a veteran of Crisis Call volunteering, starts work on a phone line dedicated to supporting flood victims. The lives of the other volunteers & the callers soon become entwined with hers. And her relationship with her mother, their alienation from one another, lies at the heart of the story. A heavy secret, which neither of them remembers, has insinuated itself over the years until there seems to be no hope of reconciliation. What the author does so imaginatively, so perceptively, is examine this relationship & find a way for Catherine & her mother to ‘choose the best words.’ (Even in the debris of their mutual antipathy there is humour. Catherine’s mother has a way of dealing with her daughter’s foul language which is genuinely funny.)

Flawed & feisty, Catherine Hope makes it impossible not to care. Her emotions are cloaked & at the same time, movingly raw. We are witnesses to her first person narrative & it is our privilege. As the hints nudge at her memory, they alert us too and yet when it comes, the shock of the final twist is a knock-out blow which will leave you reeling.

As someone who worked for years as a Samaritan volunteer, I must commend Louise Beech on her faithful portrayal of this kind of counselling. It’s spot on. Maria In The Moon is spot on in so many ways. It’s a psychological thriller and a sideways love-story. It is impossible not to love Catherine-Maria Hope. In the moon or feet on the ground, being sick in a sink or dancing in a red dress in the rain, she will catch you unawares. After you turn the last page you will still sense her, & the echo of yet another woman’s story: a story of loss & courage & hope.

My blog, my rules. A million stars to enhance the moon.

My sincere thanks to Karen Sullivan at Orenda Books for the ARC.

Maria In The Moon will be published on 30 September. It is available for pre-order here. 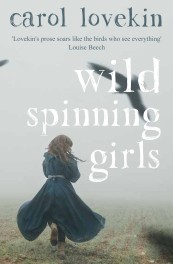 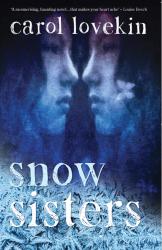 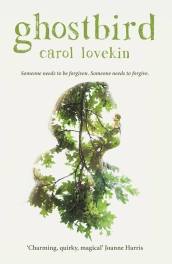