Two young women, one old house and secrets spun by years of deception

Chance and tragedy lead Ida Llewellyn to a house on the Welsh hinterland where the past is filled with other people’s memories, where a strange girl she doesn’t know anything about has a set of keys.

A girl whose dead mother hovers in the shadows…

If it wasn’t haunted before she came to live there, after she died,
Ty’r Cwmwl made room for her ghost. She brought magic with her.
And the house, having held its breath for years, knew it.

Ida Llewellyn loses her job and her parents in the space of a few weeks and, thrown completely off course, she sets out for the Welsh house her father has left her. Ty’r Cwmwl is not at all welcoming despite the fact it looks inhabited, as if someone just left…

It is being cared for as a shrine by the daughter of the last tenant. Determined to scare off her old home’s new landlady, Heather Esyllt Morgan sides with the birds who terrify Ida, and plots to evict her. The two girls battle with suspicion and fear before discovering that the secrets harboured by their thoughtless parents have grown rotten with time. Their broken hearts will only mend once they cast off the house and its history, and let go of the keepsakes that they treasure like childhood dreams. 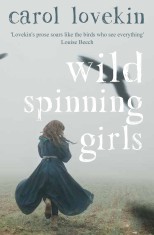 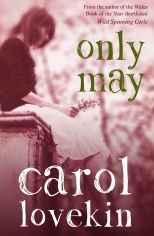 Only May
Follow Making it up as I go along on WordPress.com